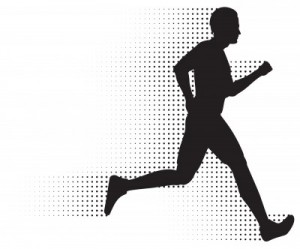 Students in training for a career in graphic design took part in creating a unique article of clothing that make studying one’s body during physical activity possible without the aid of expensive medical equipment.

The “SQUID” shirt is a t-shirt outfitted with multiple sensors that are linked to an Android application and website that allows its wearer to study multiple facets of their physiology during exercise.

The SQUID shirt is the brainchild of students from multiple disciplines at Northeastern University in Boston, MA who set out to collaborate with students and experts in physiology and sports medicine to come up with the gadget. The prototype was designed with the help of graphic design school students, the engineering department, and several other applicable disciplines at the university.

The name of the equipment is not incidental according to a report from Northeastern University’s news site. Engineering major and senior Alex Moran is quoted saying, “The box and wires in our prototype looked like a torso and tentacles. We wanted to stay away from the normal engineering naming conventions and instead make something more brandable.”

The graphic design model illustration of the SQUID shows a man standing, facing his “audience”. His black t-shirt is affixed with four square sensors on the chest and four more wires appear to wrap around the shoulders and extend to the back of the torso. A small box where all of the wires convene can be seen on the graphic design, presumably hooked on the waistline of a pair of green shorts.

Graphic design school student Ali Aas was quoted on the school’s website stating that graphic design students had a lot of questions about the scientific side of the project and that they were ultimately able to design a concept that was “both visually impressive and also worked with what the engineers and our team were designing.”